Grace for the Heart 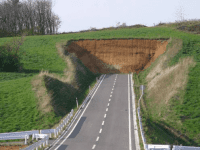 From that time many of His disciples went back and walked with Him no more. Then Jesus said to the twelve, “Do you also want to go away?” But Simon Peter answered Him, “Lord, to whom shall we go? You have the words of eternal life. Also we have come to believe and know that You are the Christ, the Son of the living God.”

A young lady whose blog I read has wondered where she stands in her faith now that she has left the legalistic environment of her upbringing. A mother’s entry on another blog states that she has abandoned the Christian faith in spite of being strong and active in years past. A former pastor wrote on a discussion group that he has left the ministry and the faith because of all the “unfulfilled promises.” He had worked hard and believed that his faithfulness entitled him to something more than the disappointment and frustration he received. These and many others have rejected the performance spirituality that kept them afraid and frustrated, but they have never learned the real message of Jesus for their hearts.

When the Christian faith is defined, whether openly or covertly, by the various sets of rules and standards provided by teachers and organizations, there is little or nothing left for those who leave that definition. They have been taught, from the time of their infancy, that God is real and the Bible is true. They have also been taught that God is usually disappointed or angry because of their disobedience. If they want God to be happy with them, they are told, they must follow the rules.

It is not natural for us to draw near to someone who is angry with us. In fact, we have learned through our lives that angry people can hurt us. An angry God is in a position to hurt us in very serious ways. He can condemn us to hell if He does not approve of us. He can send disease or financial struggle or any number of tragic circumstances into our lives. If nothing else, He can withhold His protection, under which we all live, and the natural troubles of life can more easily find their ways to us. So we would do well to walk carefully in His presence.

Those who live in the shadow of an angry God find it difficult to relate to Him in any way other than fear. Of course, the teachers have told them that fear is the “beginning of wisdom” and that their fear is not only normal but good. They spend their days concerned about how they have offended God, knowingly or unknowingly. They are taught that any negative circumstance is the result of their sin and, if they cannot readily think of which sin, they should search their hearts and lives to find what they have overlooked. It is not difficult for them to find something, of course: a harsh word, an immoral thought, or neglected gratitude for some kindness. Once they discover the offense, they are told to confess and repent and go their way. They go, however, wondering what it will be next time.

This is the Christian life for many people. Their relationship with God is stiff and formal, distant and anxious. They pray to a God whom, they hope, remains at a distance. They apologize for what they have done and ask for help to overcome their sin. Their experience of forgiveness and acceptance is based on the sincerity of their prayer. They read the Bible because they are supposed to. In it they read of their own failures and unworthiness. They read of how the angry God has dealt and will deal with those who sin. They are taught to see the sins of others and to seek in Scripture even the smallest mentions of new requirements and standards. They attend worship because doing so is spiritual gain. In the presence of other believers they learn how to quantify spirituality. “Some may think certain activities are acceptable, but we do not,” they are told. They learn that styles and actions are the things that measure believers. They learn that it is all about performance.

Then something happens. The pain of remaining in a system that only condemns, that never allows for real growth, that offers no hope for acceptance; becomes so great that separation is necessary. When they leave the system, those who remain tell them that they are no longer acceptable. But it is a vain assessment because they never felt acceptable. No matter what they did, how hard they worked, it wasn’t enough and it would never be enough. They leave empty and broken and afraid—victorious, perhaps—but confused. What is left?

Knowing no other definition of the Christian faith, many turn to other faiths to seek their answers. After all, that one didn’t work. Some leave faith behind altogether and just try to survive by their own sense of right and wrong. But some feel a loss of some undefined presence, something that ought to have been comforting and loving. It was there, but it was never there. Like a miscarried child, that which was lost was barely a part of their experience. Yet the sadness looms and the loss is real.

And what about Jesus? Jesus, who forgave the woman taken in adultery. Jesus, who loved the sinners. Jesus, who looked the other way when His disciples bent the rules. Jesus, who accepted the unacceptable. Jesus, who came to reveal the heart of God to those who were lost. What about Him?

The teachers didn’t talk much about Him. They taught the Law and the wrath and the unworthiness of the heart. They didn’t teach about Jesus who accepted people in their sin, who came and died simply because no one was able to compensate for their sin or redeem themselves. The whole point of His coming was to show that God’s love was greater than our sin. They didn’t talk much about that. They might have said that our only hope was in Him, but they didn’t tell us that He was enough. We were supposed to add to what He did. But we had nothing to add and felt unacceptable.

What if the Christian life is not something for us to work toward? What if the Christian life is something for us to enjoy? Jesus said He came to give us life, as a gift, not as a wage for good service. He came to give us what we did not have. The Law certainly did its work. It condemned us and we died. We knew that we were dead. What we didn’t know, and the teachers didn’t tell us, is that life is found in Jesus.

The Christian life is life in relationship with Jesus. It does not depend on rules and standards, it depends on love. The most consistent message of the Scriptures is the message of the great love of God. He loved us before the foundation of the world. He accepted us when we were unacceptable. He saved us when we were sinners. He stays with us even when we wander from Him. It’s not about our performance; it’s about His love.

Those who have left the legalism and pain of performance spirituality may never have known the truth about the Christian life. Or they may have forgotten under the load of rules and standards. We grieve for those who leave without knowing the truth. We see them walking away from something they never knew, rejecting the truth that would set them free and give them joy forever because a lie was substituted for the reality. Our prayer is that those who still feel the confusion and loss would find their way to the joy of Jesus. He has never ceased to be real and He has never stopped loving them.

Among the several aspects of the ministry of Grace for the Heart is a special desire to reach out to those who have suffered under the lie of performance spirituality. Some have struggled in legalistic churches or organizations or even families. Some are pastors, missionaries, or teachers who have reached the end of their ability to pretend to be spiritual and happy. We seek to gently share the true message of the love of God and the sufficiency of Jesus Christ, through emails, blog comments, articles, and more. It has been a wonderful blessing to hear of those who have heard the message and have found the way to Jesus. We are humbled to learn of lives that have been transformed by His love.

Yes, we can use your help!  If you have been blessed by what you have found here, please consider making a donation. Grace for the Heart is a 501c3 organization dedicated to your encouragement.

Walk with Me: a Grace Devotional

An encouraging daily read to learn and reinforce the love and acceptance God has for you. The message of grace shared with positive and simple stories.

Narcissism in the Church: A Heart of Stone in Christian Relationships

This book offers an explanation for those who have been puzzled by the uncaring counsel and single-minded dedication to growth they have found in many churches today.